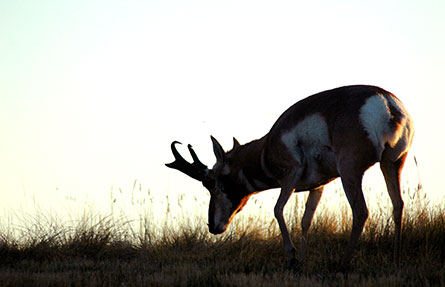 What’s so great about grass?

Grassland makes up approximately 50% of all private and public lands in South Dakota. The cattle population in our state decreased by 180,000 in the first decade of this century. Disappearing along with the cattle were the pastures they grazed. According to a South Dakota State University study, South Dakota lost 1.8 million acres of grass from 2006 to 2012.

How does the SDGC work to improve grasslands? Pasture walks and tours offer a practical look at how different producers manage resources. These are held in various locations in the state during the summer months.

A highly anticipated grazing school is held every September. Hands-on instruction in ranch management is delivered by experienced producers and range science professionals. The school includes both classroom and field sessions. Past topics have included extending the grazing season, plant identification, and increasing range land productivity with rotational grazing.

Birds: At Home, on the Range is an annual two-day bird watching event held in June. Over 90 species of birds call the prairie home. The Coalition recognizes that the presence of a diverse wildlife population is an indicator of healthy grasslands. This annual tour focuses on the integral relationship between habitat for birds and other wildlife and properly managed livestock and grassland.

Coalition members enjoy learning on a one-to-one basis via a mentor network. A list of producers willing to share successes and failures on various topics can be found here: Mentoring Network. Attending Coalition events also provides opportunity for informal mentoring.

Winter Road Shows held in various locations throughout the state offer producers a convenient opportunity to listen to and engage with well-known speakers on current topics. Jim Gerrish (management intensive grazing), Gabe Brown (soil health), Dave Pratt (economist), and Terry Gompert (holistic management) have been some of the past speakers. 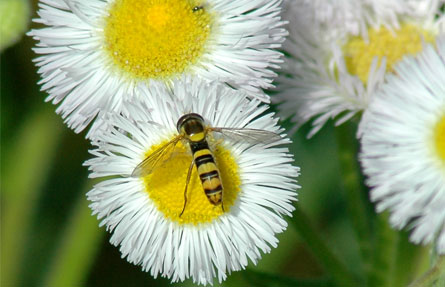 Pollinators such as bees and butterflies also depend on grassland

Our members are producers and individuals who are passionate about grassland management. “Out-of-the-box” is a term often heard when SDGC members gather. They value innovative thinking and are open to new ideas for managing range land, livestock and wildlife that are cost effective, yet protect or improve the resource. They learn from each other and together.

How can I Help?

If your are interested in a big picture understanding of what grassland management does for the environment, practical education, improved forage production and profitability, you would benefit from joining us!

This website uses cookies to improve your experience while you navigate through the website. Out of these, the cookies that are categorized as necessary are stored on your browser as they are essential for the working of basic functionalities of the website. We also use third-party cookies that help us analyze and understand how you use this website. These cookies will be stored in your browser only with your consent. You also have the option to opt-out of these cookies. But opting out of some of these cookies may affect your browsing experience.
Necessary Always Enabled

Any cookies that may not be particularly necessary for the website to function and is used specifically to collect user personal data via analytics, ads, other embedded contents are termed as non-necessary cookies. It is mandatory to procure user consent prior to running these cookies on your website.